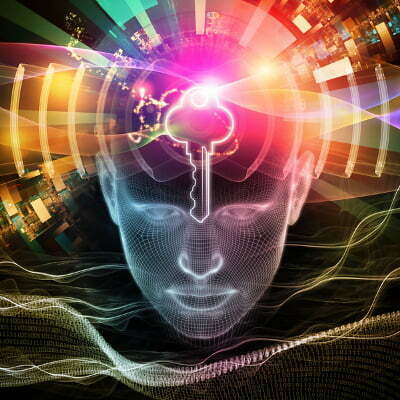 At the International Consumer Electronics Show (CES), new products (and the technologies that fuel those products) are put on display to give industry professionals a look to see what companies are working on. At CES 2018, held in Las Vegas, Band and Olufsen introduced their speakers-as-art-concept, Samsung unveiled a 146” television that is designed to take up a wall, and many companies, including Aura, introduced new smart home security products that are sure to get an intruder’s attention (over Wi-Fi).

As cool as all these products are, they don’t really hold the power to shift reality. Two of today’s most thought-provoking technologies do just that, and manufacturers have had little success leveraging these technologies in the marketplace thus far. Both virtual reality (VR) and augmented reality (AR) have been characterized as the next big thing(s) for years now, and thus far, have failed to meet the expectation that they were transcendent technologies created to revolutionize the ways that people interact with the world around them. The bottom line is that innovators are having problems finding consumer-practical applications for these technologies.

VR – Virtual Reality
Virtual reality is a big deal. It still is. Decades after the technology was revealed, it can be said that there are plenty of manufacturers making the hardware and developing the applications for this technology. The problem for those manufacturers is that they are too far into the development of VR for practical and entertainment purposes, that unless they continue to hope the demand for VR increases exponentially, they are looking at some pretty hefty losses in the area. In an article for Forbes, Charlie Fink points out that VR will monetize before long, but the current market for VR is only at around $2 billion per annum. Following the monetization model from the manufacture and sales of revolutionary information technologies (Color TV, VCR, PC, Cell phones, and the Internet), VR should start becoming more viable for the standard consumer pretty quickly. “…before VR companies can understand how consumers want to spend,” Fink smartly opines, “they need to cater to how consumers want to consume.”

Despite its general lack of profitability, VR was on full display at CES; and, some of the new stuff that was shown to consumers may go a long way toward getting VR from novelty to necessity. There was the new HTC Vive Pro, which in effect, is just a suped-up HTC Vive. There was the Looxid, which looks to become a champion of analysts, marketers, and salesmen everywhere by tracking eye movement and brain activity during use. It gives analysts very specific data to how people react to the stimuli and can help businesses conduct survey groups to which there can be no falseness. Finally, there was Meshroom, a VR headset that turns CAD drawings into three-dimensional conceptual prototypes–a practical application any architect or engineer can use, as well a device that would provide a pretty powerful sales pitch to potential real estate investors.

VR may be a business that is still in its infancy. Making money with VR may seem riskier today than it was two years ago. VR, however, will likely be a viable investment in short order. It will get easier and easier to utilize properly when better (specifically, more practical) applications are built for it. In the future expect VR to grow to be a technology that you will see in every home, even if it just ends up being used primarily as an entertainment or teaching tool.

AR – Augmented Reality
Augmented reality isn’t as sexy as virtual reality. After all, the escapism aspect is lost somewhat as the interfaces AR applications run on typically don’t require blocking out the senses like VR. The most you probably heard about AR up until now was when Google famously started developing “Google Glass”, only to scrap the idea over public privacy concerns. Augmented reality does just that, augments a face up display with data that helps the user become more informed, more aware, and in theory, provide people with the necessary information to make better decisions. In essence, it adds active digital overlays on top of real world or simulated environments to provide users with better information.

Augmented reality is all over the culture already. The graphics of tomorrow’s forecast over a picture of the real time weather on television, that is AR. AR-fueled applications are everywhere–from statcasts in the sports world–to the now world-famous Pokemon Go. With AR systems becoming an important part of real-time content delivery, developers including Apple, Google, and others are investing heavily in the AR functionality of their smartphones (and other handheld devices). There are countless effective AR-fueled applications, and more are coming out each day.

At CES 2018, AR hardware was also front and center. If every window or mirror can come with a display, it’s only a matter of time before manufacturers will find a way to make these displays work. A few products that you should keep your eyes out for include Vuzix Smart Glasses with Alexa. They are much like the proposed Google Glass, and have Amazon’s Alexa virtual assistant built in. WinRay’s AR windshield and Nvidia’s AR for cars. A car’s windshield can now have a display helping you with directions, roadside information, and car functions. We’d be remiss if we didn’t mention Apple’s continued exploration of AR inside iOS 11. The OS comes standard on Apple’s newest devices, the new iPhone X and iPhone 8 and 8 Plus, and are out in front of AR functionality.

Some of today’s top AR applications can be run on an Apple or Android smartphone. Obviously, you can’t mention AR without Snapchat, the most popular app with AR functionality. Other apps include practical applications like IKEA Place, which allows you to place (already assembled) IKEA products anywhere in your house through your phone’s camera. AR MeasureKit, an app that provides virtual measuring tools, making it one of the best AR utility apps on the market. Star Walk 2 allows you to see the constellations in the night sky with labels for fast and effective orientation (and is also available for Android).