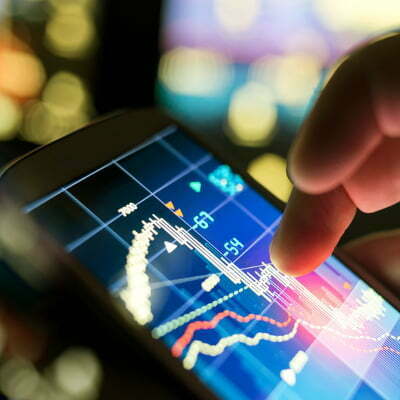 Today’s business relies on mobile devices, like smartphones, to guide them to productivity and efficiency. In fact, the vast majority of people in today’s society own a smartphone. A report shows that 90 percent of people younger than 30 own a smartphone, which means that the forward-thinking business hiring talented millennials may want to start thinking about how to secure any mobile devices that they use to access company data.

A recent Wi-Fi security report from Wandera analyzed a set of 100,000 company-owned mobile devices and found that 74% of wireless data took advantage of a nearby Wi-Fi network. 12% of those Wi-Fi hotspots lacked any type of encryption to secure the connection. Furthermore, only 4% of these company-owned devices were exposed to accidental or deliberate “man-in-the-middle” attacks.

When we say a man-in-the-middle attack, we’re basically talking about a situation where one computer has contracted malware that allows another machine to steal data that’s flowing to and from it. Once the machine has connected to a Wi-Fi connection, the malware is then transferred to the network, thereby infecting the entire network with the malware and giving the hacker free rein to cause all kinds of trouble.

Surprisingly enough, cellular networks are much more secure than a normal Wi-Fi network, since cellular providers take advantage of encryption that protects users. Yet, even still, users will prefer to use a Wi-Fi connection over a cellular provider connection when given the choice. One statistic claims that up to 60% of people will simply connect to any public Wi-Fi they find rather than resort to their cellular data–even if it’s paid for by the company they work for. Symantec’s Wi-Fi Risk Report comes to a similar conclusion, claiming that people believe their data is more secure if it’s transmitted over Wi-Fi. 53% of people can’t even tell the difference between a secured network and an unsecured network, and 90% of consumers have put some type of personal information at risk using public Wi-Fi.

At the business level, the state of affairs shifts favorably. Individual Wi-Fi use still seems similar, but businesses do a much better job of securing a network from online threats and malicious users. A firewall is one of the best ways to do so, since it actively keeps threats out of your network by checking data that enters it. When a user is accessing your organization’s Wi-Fi, they can then access the entire network that’s hosted on it–including any servers or confidential information that’s found on it. By partitioning information behind the firewall, you’re making your business that much more secure against online threats.

Another way to do so is by implementing what’s called a Virtual Private Network, or VPN. A VPN adds another layer of security by implementing encryption. Basically, it protects your data by ensuring it’s traveling through a secure tunnel of sorts, shielding it from view by those who might be lurking in the shadows. A VPN is a staple of remote computing because it’s really the only way to make sure that your sensitive company data is being transferred as securely as possible. A VPN ultimately keeps you from spending even more money on potential data breaches, and is a considerable benefit when factoring in organizational mobility.