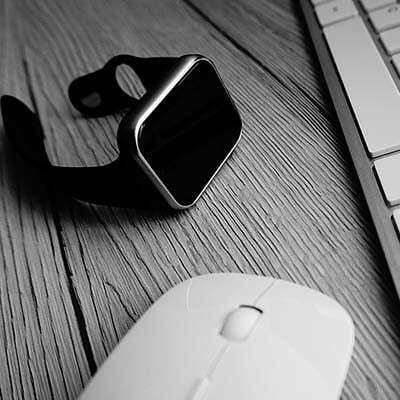 Smart technology has been growing rapidly over the past few years. As a result, there have been many different companies popping up, trying to develop the next “big” thing. With technology becoming a hot button issue all around the world, and with a consumer base that increases by the day, today’s smart technology is seemingly just the tip of the iceberg. Today, we will look at three industries in which smart technologies are making a big impact.

Fitness
Sure, smart tech has been used for human fitness from its inception. In fact, the first smart shoe, the Micropacer was manufactured by Adidas in 1984. More recently, the fitness band, and to a lesser extent, the smartwatch, have been staples of the fitness smart technology market for the past few years. Today, things are shifting.

While smartwatches and fitness bands are getting smarter, with more application integration, better functionality, and faster available response times, the newest addition to fitness smart tech are smart fabrics. Products such as smart socks, smart shoe inserts, fitness rings, undergarments, and other activewear have come to market. These technologies provide users the ability to measure every part of their routine, to maximize fitness and, for some products, help people avoid injury.

Conservation
A contributing factor to smart technology’s rise is the fact that it helps conserve resources. Whether it be electricity, time, money, or any other tangible resource, smart technology’s inherent efficiency is designed to circumvent and automate processes that once cost people greatly. From smart appliances in the home to enhanced automation built into devices meant to capture and push data for waterflow, animal migration patterns, plant health, or any other ecological construct, smart technology is transforming the way humans treat their environment.

Transportation
All over the world, millions of people battle traffic every day. In some places it is routinely impossible to go anywhere without having to sit in traffic for a length of time, while in others there doesn’t seem to be any rhyme or reason to traffic strategies. Smart technology has begun to be incorporated in many aspects of infrastructure. Nowhere is this more visible than in the driverless car trend that is being tested as we speak.

Autonomous vehicles have been a concept for decades. Today people are closer than ever to producing a tangible product to market that will transform the way we get from here-to-there. Some places like Pittsburgh, Pennsylvania were quick to welcome Uber driverless cars; and, even though it didn’t work out the way they had hoped, the technology is sound and seemingly ready to deploy.

What do you think about smart technology? Do you think it will continue to be a viable option in the future–or is it just a fad? Leave your thoughts in the comments section below.