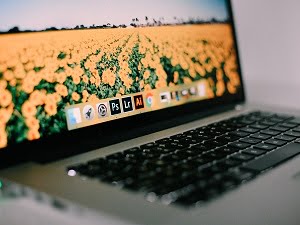 Recently, Adobe released version 5.4 of Lightroom. It is a popular photo editing app used by a wide range if iOS devices. Unfortunately, the update may have done more harm than good.

Many iOS users who installed the update have discovered that their photos and custom present filters were permanently deleted.

The only people spared from such a fate were those who paid for a subscription to sync their files to Adobe’s cloud solution.

Rikk Flohr, an Adobe representative, confirmed that this was indeed a side effect of installing Lightroom version 5.4 on iOS devices. Curiously, the update for the Lightroom app on macOS and Android devices were not impacted in this manner.

If you have an iOS device and use Lightroom, don’t install the 5.4 update. Adobe has subsequently released a fix in the form up Lightroom for iOS 5.4.1, which is confirmed not to delete user files.

Unfortunately, if you have already installed version 5.4 and you aren’t paying for a subscription to the Adobe Cloud, the company confirms that there is no fix for the issue. Your lost photos simply cannot be recovered.

Needless to say, this is infuriating, and then some. Currently, there’s a tremendous uproar on Reddit and other sites around the web, with some users having lost several years’ worth of saved photos. Over the years, we’ve seen a number of botched updates that have led to a wide range of unexpected side effects ranging from the mildly annoying to the dangerous. Few have been as bad as this.

People cherish their photo collections and often have hundreds, or even thousands of digital memories. For a photo editing app to simply demolish all that in the blink of an eye is a weighty blow. It’s going to take a long time for Adobe to win back the trust of the iOS community. It may not even be possible.

For now, just be sure to back up your photos or files in a few ways, just to be safe from unexpected incidents like these.