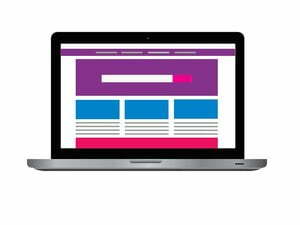 Given how unpopular ads are, you wouldn’t think that Microsoft would be experimenting with ways of displaying more of them. Unfortunately, that’s the direction the company is headed.

Currently, members of the Windows Insiders test group can see ad banners in both the Mail and Calendar apps.

Microsoft already allows third-party ads in Outlook.com for non-Office 365 subscribers, Microsoft Games, News, Weather, Travel, Finance, and Sports apps. This makes this latest expansion more of an evolution than a revolution.  Even so, ad creep is both disturbing and off-putting.

Unfortunately, Microsoft isn’t the only company headed in that direction.  From the company’s perspective, it’s easy to see the attraction.  After all, given the massive user base that the most popular applications enjoy, the people who control the apps have a large captive audience, which is why we’re also seeing other companies following the same track.

Even so, it’s not something that’s seeing much support from the user community.  After all, the web is currently awash in advertising, to the point that ad-blocking software has become a thriving industry as users try to limit the number of ads they’re exposed to on a daily basis.

While it’s understandable that companies will exploit whatever revenue streams they can, this approach almost seems like pouring salt in the proverbial wound. These companies are already earning record profits anyway.

Microsoft’s head of communications, Frank Shaw, has since tweeted out that the advertising feature in the Mail app was experimental and is being turned off.  Even so, most users feel that it’s just a matter of time before they reappear.

The central issue is this:  If a company gives its software away for free, ads are expected because they give the company a means of recouping the costs of developing a given program. However, if you’re paying top dollar for software, you shouldn’t have to be forced to view ads on top of that.  Here’s hoping these companies reverse course.