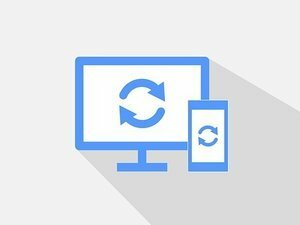 Microsoft has made numerous ventures into the smartphone ecosystem, but so far, they’ve only been met with limited success.  This time, they’re trying something a little different.

Instead of making their own Windows-based phones, they’ve created a “Your Phone” app that syncs your phone with your PC.  The app is still in testing and is slated to be released sometime in October.

At present, while there are two versions (Android and iOS), the Android version is currently more limited than the iOS version.  The Android version works like this:  If you take a picture with your Android smartphone, it will sync automatically to your PC, allowing you to access or edit the image in something close to real time.

With the iOS version, you can surf the web on your phone, send the web page to your phone and pick up surfing where you left off.  That’s much handier, because among other things, it allows you to start watching a streaming video on your phone, then switch to a bigger screen for a better viewing experience.

In addition to the development of this new app, Microsoft is taking steps to try and bolster the popularity of its Edge browser.  Coming soon will be a biometric sign-in for Edge, which gives users a password-free method of signing into websites in hopes of keeping at least some percentage of users from switching their default browsers to Chrome, Firefox, or some other option.

At present, the changes are interesting, but not compelling.  We expect that Microsoft will continue heavily investing in integration, however, in a bid to increase its presence in the market.  Whether their latest efforts will bear fruit remains to be seen, but from what we’ve seen so far, the early versions of the Your Phone app show promise.  Kudos to Microsoft, and here’s hoping these first steps lead to even greater integration and an improvement to the overall experience down the road.