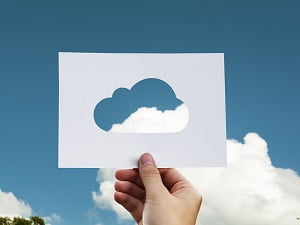 Do you keep all of your data on the cloud?  If so, you’re certainly not alone.  The past few years have seen a massive migration away from storing critical files locally to placing them on the cloud, where they’re more secure and accessible from anywhere you can get internet.  In fact, many people are so comforted by the amorphous nature of the cloud that they use mass file storage there as a substitute for making regular backups.

If you’re one of the millions of people doing exactly that, you may want to rethink.  Recently, author and programmer Andy Hunt tweeted about an Amazon outage that cost him the files he had stored on the cloud when the company experienced an outage.  His tweet reads as follows:

“Amazon AWS had a power failure, their backup generators failed, which killed their EBS servers, which took all of our data with it.  Then it took them four days to figure this out and tell us about it. Reminder:  The cloud is just a computer in Reston with a bad power supply.”

Cloud based companies often tout their virtually bullet proof up-time and the low failure rates as big selling points for their services.  While those things are undeniably true and accurate, what Andy said is also true.  At the end of the day, what we blithely call ‘The Cloud’ is just a series of computers located somewhere else. Unfortunately, those computers like the one on your desk are prone to catastrophic hardware failures.

That’s why it’s important that even if you’re using the cloud extensively for your most important files, you also take the time to make backups on a regular basis.  Cloud storage isn’t the best solution, and it certainly shouldn’t be seen as a substitute for robust backups.