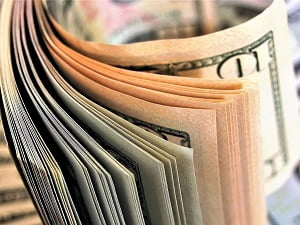 For decades, futurists have been promising a cashless society and all the convenience that comes with it. So far though, the technology we have available hasn’t lived up to the promise.

Sure, we’re moving inexorably in the direction of a cashless society, but we’re doing so at a snail’s pace. We’re moving in such tiny increments that it sometimes seems that the day will never arrive.

Fortunately, that’s changing, at least if Amazon has anything to say about it. Recently, the US Patent and Trademark Office published a patent application from Amazon detailing a touchless scanning system. If the company moves forward with the development of the technology described in the patent application, the future could see Amazon customers to pay at the checkout counter simply by swiping their hand.

In the here and now, visitors to ‘Amazon Go Cashierless Stores’ need to scan an app to get in and check out, but that could change markedly in the years ahead.

Granted, filing a patent application and actually creating a viable technology around it are two very different things. However, if this technology makes it into the real world, it stands to change the face of shopping forever.

According to the application filed, Amazon’s vision for the technology would be the development of “a scanner device that is used to obtain raw images of a user’s palm that is within a field of view of the scanner…the first set of images depict external characteristics, such as lines and creases in the user’s palm while the second set of images depict internal anatomical structures, such as veins, bones, soft tissue, or other structures beneath the epidermis of the skin.”

Based on the early read, the technology sounds as ambitious as it is amazing. However, Amazon has pulled off larger miracles than this. We admire the vision and look forward to seeing how things develop from here.