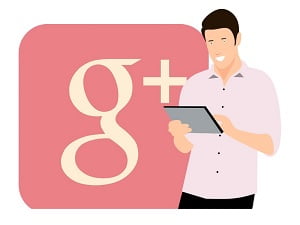 Google has kept no secret of their plan to eventually put an end to their social media experiment, Google+.  In case you haven’t been keeping abreast of the company’s announcements where the service is concerned, be aware that it will be shutting down on April 2nd of 2019.

The closer we’ve gotten to that deadline, the more details we’ve gotten from the company about how the shutdown will go.

Just so you’re aware, this won’t be a simple matter of turning off access and freezing posts as they are, or essentially preserving them for all time.  No, this is going to be an internet-wide absolute deletion of any and everything related to Google Plus.

That means your posts, your comments to other people’s posts and your Google+ powered comments on Blogger and other blogging sites will all ultimately be deleted.  If you want to preserve any of your materials, it’s long past time to start archiving.  You’ve still got time of course, but the clock is ticking more loudly than ever now, and depending on how much content you’ve got, you’ll want to be quick about it.

Google+ never enjoyed the kind of popular success that Facebook and the other heavy hitters in the social media ecosystem enjoyed.  It was more of a panicked reaction to the meteoric rise of Facebook, with the fear being that Facebook might kill search if everybody simply gravitated to asking their friends for recommendations.

Obviously nothing like that happened, but it was of genuine concern when the company launched the service, and it’s what prompted them to inject Google+ into every aspect of their product ecosystem, even in cases where it didn’t make much sense to do so.

Given this deep integration, shutting down Google+ and deleting all traces of it won’t be a quick or easy process, but it’s coming, and that starts on April 2nd.  Note:  The shutdown applies to consumers only.  Enterprise users will still have access to Google+ functionality via the G Suite.