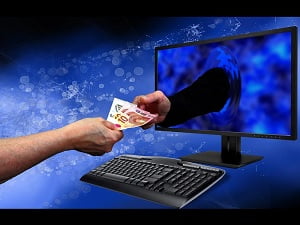 Black Friday wasn’t as big of a shopping day as it could have been this year, and we have the pandemic to thank for that. In response to that, retailers have extended the holiday shopping season by starting earlier and offering more deals online, and holiday shoppers have responded to those changes. While Black Friday’s in store sales may have been lackluster, it looks like 2020 will be a good year for retailers, thanks to a hefty increase in online shopping.

Unfortunately, there’s a downside to that. Hackers and scammers around the world have taken note of the trend and are already moving to capitalize on it. Security professionals at CheckPoint have seen a massive 440 percent increase in phishing scams aimed at online shoppers. The most common of these are emails designed to look like they come from one of the major shipping companies, bearing subject lines that indicate some problem with the shipment of a recent order.

Naturally, online shoppers are anxious to get the goods they ordered delivered on time, so this is a clever bit of social engineering that virtually guarantees the recipient of such a message will at least open it to read further.

The body of these messages tend to proceed down fairly predictable paths, usually claiming that the shipping charge was incorrectly calculated when the recipient checked out and they’ll need to pay a small additional fee in order to get their package shipped.

Naturally, a link is included in the body of the email to facilitate the payment. As you might expect, if a user clicks on the link and enters in their payment information, all they’re doing is giving their credit card number and other personal information to the scammers for use later.

It only takes a moment’s carelessness to be taken in by one of these scams. If you do fall victim to this kind of thing, it can cost you thousands of dollars and countless hours to reverse the damage. Stay vigilant, and be aware that this kind of activity is on the rise this year.