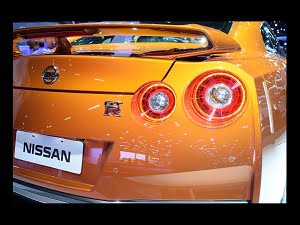 Even the largest companies in the world can’t claim immunity to hacking, data breaches and momentary lapses in judgment.

Nissan is a classic case in point.

Recently, due to a careless oversight, default admin credentials were left in place on part of the company’s network.

That allowed an unknown third party to easily breach the company’s network and gain access to some 20 gigabytes’ worth of code residing in normally well-protected corporate repositories. The vast cache included source code for most of the company’s mobile apps and a wide range of diagnostic tools. It also contained code and other documentation relating to market research, client acquisition and the company’s NissanConnect service.

A Swedish developer named Tillie Kottmann analyzed both the contents of the repository and the anatomy of the breach itself. Kottmann discovered that once the default admin credentials were discovered by an unknown hacker, a torrent link for the source code collection began making the rounds online and was widely shared. It potentially put the contents into the hands of thousands or hackers around the world, and possibly even more than that.

Kottman’s company is in the habit of maintaining a secure repository of all compromised data like this, and often works with the companies who suffer incidents like this one to help improve their security.

In this case, Nissan NA reached out to Kottmann and asked that her copy of their repository be deleted, and she complied with that request. Needless to say, the company has since better-secured the repository, but at this point, the damage has been done.

If there’s a silver lining to be found, it lies in the fact that the repository didn’t contain sensitive customer or payment card data. So if you’re a Nissan customer, there’s nothing for you to do or worry about.

The loss of control over the proprietary data, however, could be a major issue for the company. Although it’s too soon to say precisely what the scope and scale of the fallout might be. In any case, the situation is still unfolding and it bears watching.