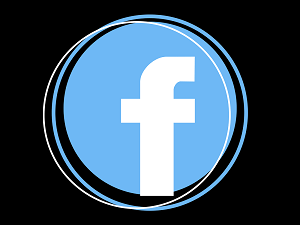 Recently one of the biggest companies on the web got a name change when the Facebook CEO announced that the company would henceforth be known as ‘Meta.’

Here’s what you need to know:

First and foremost nothing at all will change about the company’s iconic social media platform. It will still be known as Facebook.

What is changing however is the fact that the name change seeks to expand the width of the corporate umbrella to cover a broader range of initiative as the company seeks to build the ‘Metaverse.’

What exactly is the Metaverse?

It’s a fair question. The name first appeared in a dystopian science fiction novel several decades ago and has since wormed its way into the public consciousness. In a nutshell it is what the internet could be. An all-encompassing platform that merges the real world with the digital. A place where everyone goes to work, play, and shop. They do not do this by navigating through a series of disconnected websites using a cumbersome keyboard as an interface. They do it by creating avatars and navigating through a rich and detailed virtual world where everything is possible.

Instead of getting into your car and rushing off to work you put on your VR headset and move your avatar to your digital office.

When the work day is done you transport yourself to one of the sprawling virtual shopping complexes and virtually stroll through the aisles. There you can add products to your inventory which places an order for them in the real world to have them shipped to your home.

If you want to play a game you move your avatar over to one of the genre specific gaming portals where you can dive into a fantasy realm, sci-fi realm, or whatever your preferences happen to be.

Needless to say we’re a very long way from turning that ambitious vision into a reality. The name change is a clear indicator that big companies are throwing a lot of money at the idea. What comes of it remains to be seen.