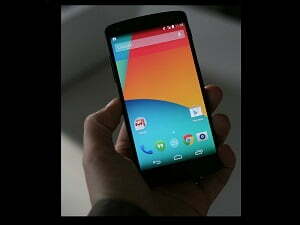 For several years now, most of the big tech companies have been using the lure of free to grow their respective user bases. Free unlimited data on phone plans. Free, unlimited storage on cloud drive plans, and the like. Free can get expensive for these firms, however.

Over time, most of them have slowly backed away from that approach, either outright discontinuing their free offerings or putting hard limits on the amount of free space/bandwidth they’re offering.

Google is the latest such company to take that step. They’ve been offering free, unlimited photo storage on their Google Cloud service for more than five years. On June 1st, 2021, that will be coming to an end. You’ll have fifteen Gigs free, and after that, you’ll be charged a premium.

Fifteen Gigs is still quite a lot of photographs, so Google’s revised offering is still quite generous, and note that there is one exception to the new rule. If you’re a Google Pixel owner (any model) you’ll retain free, unlimited photo storage.

The company’s stated reason for the change is to bring their service offering more in line with current industry standards, and that’s completely understandable. Free unlimited is one of those concepts that looks good on paper and sounds amazing. In the end, few, if any companies have pockets deep enough to actually maintain that approach in the long run.

Note that in addition to the coming storage limit change, Google is also implementing a housekeeping rule. If you have a Google Cloud account and you haven’t logged into it for more than two years, and you’re over the new storage limit, then the company will, after making repeated attempts to contact you, start deleting files.

While this might be a bit of a headache for a small percentage of users, honestly, if you haven’t logged on for more than two years, it’s likely that you’ve forgotten you even have an account.

Kudos to Google for making the change, and for the exemption for Pixel owners. It’s a good way to give users of their own phone a nice, high value perk.