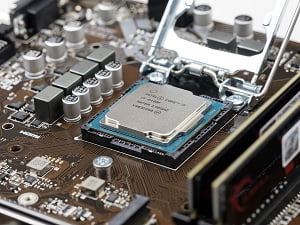 At CES 2021, arguably the most influential and significant tech event in the world, Intel made an important announcement regarding its historic eleventh generation of chips.

The latest designs will feature hardware-based ransomware detection protocols, which should serve to make those types of attacks less likely to succeed.

In 2020, ransomware became the attack vector of choice for hackers around the world. It’s easy to see why. After all, it sets up a win-win for the hackers. First, it brings an infected network to its knees, disrupting commerce and communications. It has brought an outright end to a great many companies that were simply never able to recover from a successful attack.

Second, it gives the hackers plenty of time to slip into the breached network and exfiltrate any files they like. Typically, hackers go for the high-value stuff first, like personally identifiable employee and customer information used in identity theft, payment card data, and the like. However, hackers are also often interested in proprietary company data that can be sold to rival firms. Taken together, the stolen data represents a significant payday for the hackers.

Then, on top of that, the hackers demand a hefty ransom in exchange for the decryption keys, which ultimately gets the compromised network back on its feet. If the company refuses to pay, hackers are increasingly likely to publish some portion of the stolen data to embarrass the company in question, leading to further financial impacts.

All that to say, ransomware is an extremely attractive option from the perspective of a hacker, and anything that can be done to make that kind of attack less likely to succeed is a welcome addition indeed.

That’s where Intel’s TDT (Threat Detection Technology) comes into play. It creates an additional layer of security designed to shield a device from malicious code injections. How effective it will be remains to be seen, but it’s an exciting development indeed. Kudos to Intel.