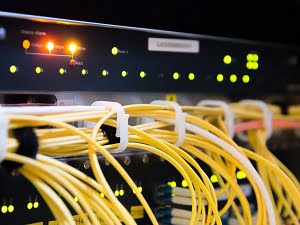 If you make extensive use of Google’s products, you almost certainly noticed the worldwide outage of Google’s services.

As details continue to emerge about the outage, it’s increasingly clear that Google has some egg on its face and that the outage was an entirely self-inflicted wound.

The failure was ultimately caused by the company’s Identity Management System, which failed after a bug limited the amount of storage space available to it. As a result of that failure, users around the world suddenly found themselves unable to access their Google Drives, YouTube accounts, Gmail, Google Calendar, and more. Even Google Maps was offline for a time. Google responded quickly and efficiently and limited the outage to a bit less than an hour.

Once the issue had been resolved, the company tweeted out the following from their Google Cloud Account:

“Today, at 3.47AM PT Google experienced an authentication system outage for approximately 45 minutes due to an internal storage quota issue. This was resolved at 4:32AM PT, and all services are now restored.”

Later, on the Google Cloud’s status page, the posted the following update and clarification:

“Google Cloud Platform and Google Workspace experienced a global outage affecting all services which require Google account authentication for a duration of 50 minutes. The root cause was an issue in our automated quota management system which reduced capacity for Google’s central identity management system, causing it to return errors globally. As a result, we couldn’t verify that user requests were authenticated and served errors to our users.”

In a nutshell, Google experienced, on a global scale, what you’ll run into on your desktop PC if you run out of hard drive space. Suddenly, the various applications you’re running start to crash.

In any event, the problem is now solved, and in addition to wiping the egg off their collective faces, Google has taken steps to ensure that they don’t find themselves in a similar circumstance in the future.