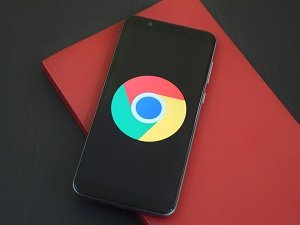 Who doesn’t love a faster and more seamless surfing experience? If you’re a Google Chrome user, you’re going to want to upgrade to Chrome 85 at your next opportunity. It includes a new compiler called PGO (Profile Guided Optimization). PGO was first introduced with Chrome 83 for Windows using the MSVC (Microsoft Visual C++) environment. Now, with Build 85, it’s being rolled out for both Mac and Windows devices using Clang.

Here’s what Max Christoff, Google’s Chrome Engineering Director, had to say about the new technology:

“Because PGO uses real usage scenarios that match the workflows of Chrome users around the world, the most common tasks get prioritized and made faster. Our testing consistently shows pages loading up to 10 percent faster at the median, and even greater speed improvements when your CPU is tasked with running many tabs or programs.”

A ten percent improvement is nothing to sneeze at, and if you like that, you’ll love what’s coming next. The company has another improvement in the works and already appearing in the Chrome 86 Beta build called Tab Throttling.

Tab Throttling is a revised process designed to decrease the impact of idle background tabs. By being able to recover some of the system resources devoted to those tabs and redistributing them to active tabs, overall performance will see another nice boost.

In addition to all of that, when the new Tab Throttling change is rolled out to all users, we should start seeing gains in battery life, which will be a godsend for anyone using Chrome on a laptop or mobile device.

Kudos to the Chrome development team for their continuing efforts to improve the most popular browser in the world. Although the company is far from perfect and has made their share of mistakes, it’s clear that they are committed to an exceptional user experience, and that’s good news for everyone.