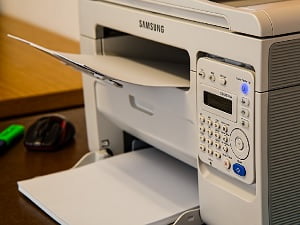 Are you a fan of Google’s Cloud Print service?  It’s fantastic because it allows you to print from anywhere to anywhere, which makes it utterly invaluable.

Like so many great services Google has introduced over the years, for a variety of reasons, the company has decided to pull the plug on it after keeping the service in Beta for more than a decade.

The announcement came in the form of a terse note on the company’s support page.

“Beginning January 1, 2021, devices across all operating systems will no longer be able to print using Google Cloud Print.  We recommend that over the next year, you identify an alternative solution and execute a migration strategy.”

If you use a Chromebook, this won’t impact you at all, because Chrome OS or multi-OS environments that include Chrome OS have a feature called CUPS Printing. It is a viable replacement for Cloud Print.

“For environments besides Chrome OS, or in multi-OS scenarios, we encourage you to use the respective platform’s native printing infrastructure and/or partner with a print solutions provider.”

Google has ended a surprising number of projects in 2019 as the company has tightened its focus, zeroing in on its core businesses.  Google Cloud Print had a good run, though.  First introduced back in 2011, the company originally touted it as a way for mobile and desktop users to print without having to worry about installing drivers. It proved to be exceptional in that regard and quickly grew to become one of the company’s indispensable beta services.

Since its initial development, time and technology have moved on. Now, not only do most Operating Systems have native capabilities that replicate Cloud Print, but there are a few third-party providers out there that offer a more robust version of Google’s offering.  While it’s sad to see the venerable product go, it’s also understandable.  In any case, you’ve got plenty of time to find a replacement. If you’re currently making use of it, start planning your migration now.