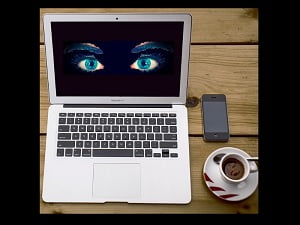 In the world of hacking, steganography ranks as one of the most difficult methodologies to detect.

If you’re not familiar with the term, it is the practice of embedding executable code inside images, which makes it virtually impossible to detect.

The reason is simple:  Virus scanners are built around the idea of searching for text strings with identifiable malicious characteristics and markers, but images aren’t that at all.  However, if carefully crafted, they can deliver the same poisoned payloads.

Recently, Apple users have been experiencing this firsthand, courtesy of a group calling themselves ‘VeryMal,’ which has been targeting Apple users in exactly this way. They’ve been using code embedded in ad images to redirect users browsing the web away from legitimate sites and onto malicious ones, which serve as hosts for a variety of malware.

Here’s a quick rundown of how it works:

Of course, it’s not a Flash update at all, but whatever malware the hackers have seen fit to put in its place. It’s a nasty bit of trickery that so far, has managed to hijack more than five million web sessions, siphoning them away from legitimate sites. This is based on the latest research into the group’s activities, and worse, there’s no good way to guard against it except to be vigilant and watch the behavior of your web browser closely.

If your company uses Apple equipment, make sure your people are aware.  VeryMal has been stepping up their activities in recent weeks.