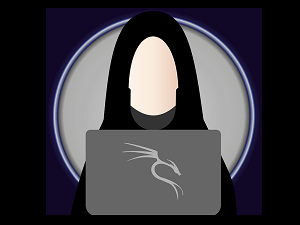 For most of the history of the internet Linux has been able to stay below the radar of hackers around the world.

While there have been some attacks that specifically targeted Linux users, they’ve managed to keep a low enough profile that it hasn’t been a major issue.

According to a group of researchers from VMware, that appears to be changing.

They warn that hackers are increasingly setting their sights on Linux-based systems. That’s a problem because to date, there has been no corresponding increase in efforts to detect and manage those threats.

Even worse is that with a growing number of hybrid systems in use today, Linux is becoming much more commonly seen in the Enterprise environment. Given the disconnect between the growing threat level and the level of preparations being made to meet that threat, Linux-based systems may well be the new weakest link in your company’s network.

If there’s a silver lining in the dire warning from the folk at VMware it lies in the fact that most of the attacks targeting Linux-based systems aren’t very sophisticated at this point.  That will change over time but in the here and now it shouldn’t take much to fend off the current generation of attacks.

As the VMware team put it:

“Focus on the basics. The fact is that most adversaries are not super advanced. They’re not looking for unique exploits, they’re looking for the general open vulnerabilities and misconfigurations. Focus on those before you start focusing on zero-day attacks and new vulnerabilities – make sure you’ve got the basics covered first.”

It’s sound advice and easy to follow.  The worst thing you can do in this case is nothing.  The threat level is rising.  That’s an indisputable fact.  Those who take no action do so at their cost.