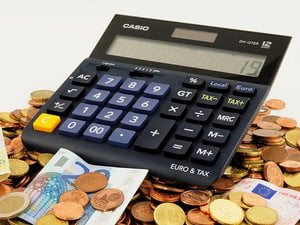 Quick question – how much do the world’s cyber criminals make every sixty seconds?

According to research conducted by RiskIQ, cybercriminals are raking in a cool million dollars per minute, compared with businesses spending $171,233 per minute on security measures. It’s a lopsided battle, and businesses aren’t winning.

Some other interesting tidbits culled from the company’s research. Every sixty seconds:

In addition to that, RiskIQ discovered that a site running the CoinHive script was deleted every ten minutes, and that a new phishing domain appears about every five minutes.

Raef Meeuwisse, a security researcher and author, had this to say about the report and its findings:

“Cybercrime and cybersecurity co-exist in a constant cycle of innovation. As one particular criminal trend towards a particular technique increases, so the security functions create or strengthen the required defenses.

However, it is evident at both the level of personal and organizational cybersecurity that spending is unusually low. In fact, most of these cybercriminals are not going after the hard targets with great defenses, they are targeting the low hanging fruit – and there is still far too much of it.”

The simple truth is that until and unless we start taking cybersecurity more seriously, and until the aforementioned “low hanging fruit” ramps up spending to properly secure their systems, we can expect to see the number of cybercrimes continue to increase. Unfortunately, despite the crimewave, there doesn’t seem to be much motivation to do that.