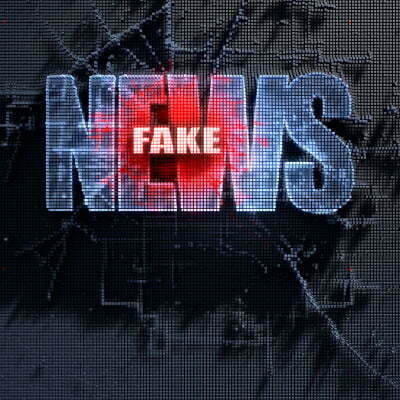 In today’s political, social, and economic environment, information is more valuable than ever. However, this increased importance, paired with the speed that data can be dispersed via the Internet, has enabled many to use false information to manipulate the general public into agreeing with their views and acting upon them.

Fake News and You
Many researchers believe that cyber propaganda campaigns rely on three factors in order to succeed in their mission: the tools and services used, social networking, and the motivation behind the campaign in question. Without any of these elements, spreading fake news becomes almost impossible.

Unfortunately, there are plenty of resources out there that can be used to spread a fake news campaign.

For instance, the Dark Web can provide those attempting to spread their propaganda with the tools they need to do so, safe behind a veil of anonymity. Social media offers platforms that encourage sharing, allowing what could be an exponential spread of a story with little hands-on effort from those responsible. Finally, while the majority of fake news that has been heard of as of late has been politically motivated, it can just as easily be used to manipulate businesses. In addition to its use as a political tool, fake news and information warfare can be used to promote a company and increase or decrease its stock–both financially and where public opinion is concerned.

China’s Fake News Marketplace
One example of the effects that fake news can have on businesses is demonstrated in the Chinese marketplace. One content distribution service, Xiezuobang, charges a user based on where the article is to be published. Services like this are easy to abuse for one’s own purposes.

Furthermore, aided by systems that enable public opinions to be measured and modified, posts can be automatically posted to 3000 websites at a rate of 100 posts per minute.

In addition to these tactics, many Chinese social networks are filled with posts shared by influential users who have been paid to promote that particular content. Based on that user’s popularity, the price of their content sharing services goes up.

A Global Problem
Of course, these practices are present in more areas than just China. Researchers have been able to collect and compare disinformation campaigns from the US, Russia, and Middle Eastern countries, and have resultantly been able to identify trends in what tools are used and how these campaigns are shaped to each region.

No matter where you are located, you need to keep an eye out for misinformation and cyber propaganda online. Whether it’s politically motivated, or intended to manipulate business and the market, fake news is divisive and only benefits those that spread it.

What’s your opinion of fake news? Do you feel that it’s a real problem, or is it being overblown? Sound off in the comments!