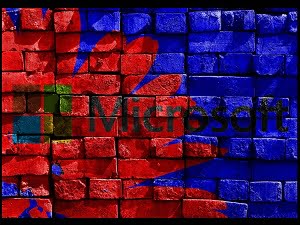 Microsoft has really struggled in recent years to make a browser that could compete with the most popular offerings on the market today. Internet Explorer was the early standard, but was quickly eclipsed, and slowly fell into obscurity. The company’s second attempt, Edge, was short-lived and never had time to fully mature before the company abandoned it and adopted a Chromium-based Edge, re-launching the product.

While the latest incarnation of Edge still has some distance to go, the company has been steadily improving the product. Recently, they’ve made another move similar to Google’s tab management changes.

In the case of Chromium-based Edge, the changes put unused tabs to sleep, virtually eliminating the amount of system resources they consume until you activate the tab by clicking onto it. It’s a simple change with profound implications. Sure enough, it increases the speed and overall performance of the broswer, while simultaneously boosting the overall performance of your device. That’s a win for you, the user, no matter how you slice it.

Microsoft’s Senior Program Manager, Eleanor Huynh, had this to say about the new feature:

“Sleeping tabs builds upon the core of Chromium’s ‘freezing’ technology. Freezing pauses a tab’s script timers to minimize resource usage. A sleeping tab resumes automatically when clicked, which is different than discarded tabs, which require the page to be fully reloaded.”

In all, the company has found that the new feature reduces memory usage by an average of 32 percent, which is beyond impressive. If you’re interested in trying out the new feature, you can download Chromium Edge Beta, where you’ll have access to:

It’s a fantastic change, and if you’re a Chromium Edge user, you should definitely take it for a test drive.