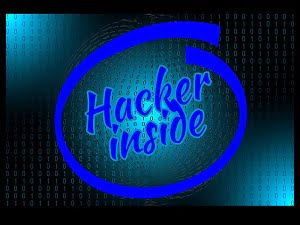 Researchers at Vrije Universiteit, in Amsterdam have discovered a disturbing new side-channel attack. All Intel server-grade processors made since 2012 are vulnerable to what has been dubbed NetCAT.

That stands for Network Cache Attack and it exploits a weakness in Intel’s Data Direct I/O (DDIO) feature.

DDIO is specific to Intel’s server-grade processors and is enabled by default on the Intel Xeon E5, E7 and SP families from 2012 onwards.  The idea behind DDIO is that enhances system performance by sharing the CPU with network devices and peripherals.

Unfortunately, a flaw in DDIO’s design gives hackers the ability to infer data in the CPU’s last-level cache of a remote machine.  Researchers were able to demonstrate that an attacker controlling a machine on the network can use this method to infer confidential data from an SSH session. That is, without running any sort of malware on the target system, which naturally makes it notoriously difficult to detect.

The researchers had this to say about their discovery:

“…with NetCAT, we can leak the arrival time of the individual network packets from a SSH session using a remote side channel.”

The researchers went onto explain that during an interactive SSH session, network packets are sent with each keystroke.  Via NetCAT, it is possible for an attacker to deduce what characters are typed inside an encrypted (SSH) session.

“For example, typing ‘s’ right after ‘a'” is faster than typing ‘g’ after ‘s.’  As a result, NetCAT can operate statistical analysis of the inter-arrival timings of packets in what is known as a keystroke timing attack to leak what you type in your private SSH session.”

As disturbing as that sounds, it should be noted that this is an incredibly exotic form of attack that has yet to be seen anywhere in the wild.  The day is surely coming when we do see hackers making use of this, but for the moment, it serves more as a dire warning of things to come than anything else.