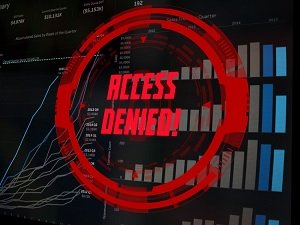 There’s good news for anyone who uses the Firefox web browser. Beginning with the release of Firefox 87 which was released in March of this year (2021) Mozilla has introduced a new SmartBlock feature.

The new feature helps ensure that when users enable ‘Strict Mode’ for their Tracking Protection that it will not break websites when blocking tracking scripts.

The company had this to say about the feature:

“SmartBlock 2.0 combines a great web browsing experience with robust privacy protection, by ensuring that you can still use third-party Facebook login buttons to sign in to websites, while providing strong defenses against cross-site tracking.

It may seem like a small change but it’s incredibly significant. Legions of users rely on the easy access and convenience that Facebook, Google and other login buttons provide. Until now those users had to choose between convenience and greater protection. Now there’s no need to choose. Users get the best of both worlds.

It gets better. Mozilla also announced that Total Cookie Protection will be enabled by default in private browsing windows beginning with Firefox 89. On top of that Mozilla will be rolling out an advanced Site Isolation security feature which is meant to provide greater protection against attacks launched from malicious websites.

In all Mozilla has been incredibly busy in recent months introducing nearly a hundred new features and changes to their Firefox browser.

If you find yourself increasingly dissatisfied with your current browser and are looking for a capable alternative with a number of attractive features Firefox is certainly worth giving a try. Download the latest version today.