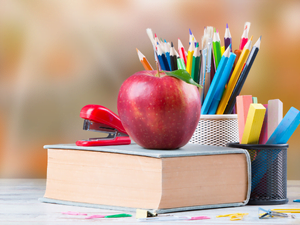 A cyberattack on the Des Moines Public Schools (DMPS) in Iowa has left parents and students scrambling to stay updated on the latest news. The DMPS canceled classes and activities for two days due to a security breach in their network as technicians scrambled to protect data and restore the computer system. The school announced that classes would be canceled for its 33,000 students and that they were working with local law enforcement to investigate the attack.

District officials said they had made massive progress in restoring systems, including regaining access to the student information portal and making sure phones are operational. In the meantime, students are asked to stay away from the school’s systems and use their own devices instead.

During a Tuesday news conference, the Des Moines school district’s interim superintendent, Matt Smith, said that the investigation was still ongoing regarding how and why the cyberattack happened. He said that everything from school bus routes, student records, and lunch menus to staff duties is controlled through the computer system.

The district said that an individual or group had infiltrated the system and gained access to sensitive data, though they did not specify what information was compromised. The IT staff shut down the district’s servers to protect data and prevent further damage.
With Tuesday and Wednesday classes canceled, Smith said students would have to make up the missed days. The district announced that the school would reopen Thursday.
According to Smith, officials believe the payroll system is intact, and nearly 5,000 of the district’s teachers and staff can be paid.