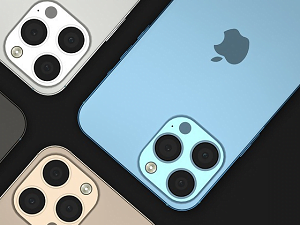 It’s no secret that supply chain issues have impacted a variety of different industries.  Apple has been somewhat less impacted than others.

Leveraging this and their massive infrastructure and marketing budget, they have flexed their corporate muscles and gained market share.

According to statistics gathered by data analytics firm Kantar, Apple accounted for slightly more than half of all smartphone sales in the US in 2021. They claimed 51 percent of the total sales for the year which is  a 2.7 percent increase from 2020.

The increase in the Chinese market alone more than made up for the losses we mentioned and the company is forecasting strong demand going forward for the iPhone 13.

Bear in mind that when looking at these figures, we’re comparing Apple’s iPhone sales to the entire Android ecosystem.  That’s how utterly dominant the company is in the smartphone market, and that’s amazing.

It gets even better for Apple because their next generation iPhone SE is generating a tremendous amount of industry buzz and excitement. It will likely allow Apple to widen their lead on the Android ecosystem.

If you’re a fan of Apple and their products, this is great news indeed.  It’s hard to believe that the company was at one time verging on bankruptcy.

Even if you’re not a fan of Apple, you must admire the company.  Their customers are more than just customers. They are diehard fans of not only the company itself, but of every product the firm makes.  Anyone in any industry would kill to have customers half as loyal as Apple’s.