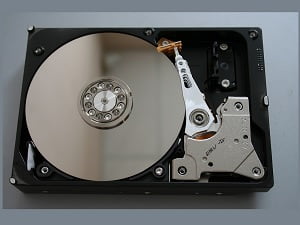 Do you have a solid- state drive (SSD)? If so, you’re probably aware that recent builds of Windows 10 have introduced an unexpected issue.

It causes the automatic maintenance feature of the OS to kick in and defragment SSDs much more frequently than they should be, which greatly reduces their useful lives.

The way the feature was supposed to work was that Windows Automatic Maintenance would defrag an SSD once a month. The bug, however, caused the date of the last defragmentation not to be recorded by the system, which caused the OS to assume that it was time after each system restart.

That’s problematic on two levels. First and most obviously, because it increases your risk of catastrophic data loss. Second, SSD’s are significantly more expensive than their HDD counterparts.

Fortunately, Microsoft didn’t waste any time addressing the issue. The company’s most recent update, Windows 10 2004, released as part of the most recent Patch Tuesday Update (KB4571744, build 19041.488) remedies the issue. Once this update is installed, the Windows 10 Automatic Maintenance function will work properly where SSD’s are concerned.

There are a couple of silver linings here:

First, while SSD’s are probably the future, they currently only represent a minority of hard drives in use.

Secondly, since SSD’s were the only types of drives impacted, you may not have even been aware of the issue. Even if you are, it hasn’t been happening for long enough to significantly shorten the life of the SSD you have, and the fix to prevent more damage is as simple as installing the latest update.

Even if you’re not in the habit of installing Windows 10 updates as soon as they’re available, if you have a solid-state drive, you’ll want to make this one a priority.