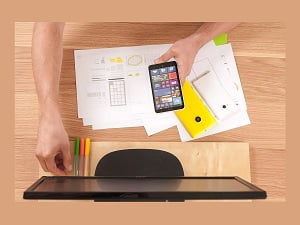 One of the more common complaints people have about mobile devices is the fact that it’s still harder than it should be to do certain kinds of work. Manipulating spreadsheets on a mobile device, for example, can be a lesson in frustration. If that’s something you’ve experienced firsthand, and if you’re a Microsoft 365 user (Microsoft Teams in particular), then the company’s most recent announcement related to Teams is apt to make you smile.

The company has decided to make its new Microsoft Lists app available as an add-on to its Teams collaboration and video-conferencing app.

This change makes the new app available to all Microsoft 365 Commercial and Government Community users who make use of Teams. That makes it available to some 75 million users, according to statistics provided by the company.

Microsoft Lists is a team-based app for tracking information. Like a spreadsheet, data can be organized in rows and columns. The Lists app provides additional tweaks to make data manipulation and organization easier, making it a highly customizable collaboration tool.

Key capabilities of the new app include:

Ansuman Acharya, a Product Manager in Microsoft’s Healthcare division had this to say about the move:

“The vision of the Lists app in Teams is to bring all the collaboration and communication modalities to lists and list items, so it is easy to get work done.”

That’s good news indeed, and a breath of fresh air for Office 365 users. Kudos to Microsoft for the change.