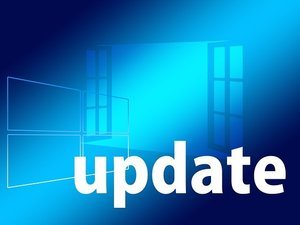 Microsoft has been making two major Windows 10 releases every year, giving businesses 18 months before they need to move to the next update. This plan and schedule is part of the company’s “Windows as a service” paradigm, designed to ensure that Windows 10 gets new features, as opposed to the company’s former practice of a new Windows release every three years.

In most respects, the new paradigm has to be regarded as the superior approach, but unfortunately, the pace is a bit too fast for some businesses. High level executives have pushed back, asking for more time and flexibility to update the OS, so they can be sure that business critical apps work with the latest update.

Microsoft has heard, and more importantly, they’ve listened. However, business owners didn’t get everything they wanted. Here’s the scoop:

The company is planning to release a series of cloud-based tools that will make app compatibility testing easier, and has agreed to give IT admins more time to update. As things stand now, all currently supported feature updates of Windows 10 (Enterprise and Education editions) are supported for 18 months. The company is expanding that to 30 months, but only for their September release. The March updates will still only be supported for 18 months.

While not a perfect solution, it does give everyone some of what they wanted. Businesses will have an extra year to apply the latest features if they stick to the September cycle, while firms that don’t need the extra time can simply continue on as they are.

Jared Spataro, the Corporate VP of Microsoft 365 summarized the changes this way:

“You’ve been talking, and we’ve been listening. We recognize that it takes time to both upgrade devices and operationalize new update processes. Today’s announcements are designed to respond to your feedback and make it easier, faster, and cheaper to deploy a modern desktop.”

On the whole, this is very good news indeed.