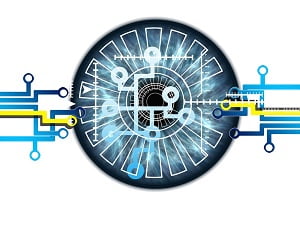 For almost as long as computers have existed, various companies have promised that passwords would eventually be a thing of the past.

Over the years, a variety of different technologies have been introduced that promised to kill the humble and ubiquitous password.  Everything from biometric sensors to facial recognition have been attempted.

To date, none of those technologies have delivered on their promise.

True, most of these new technologies have found niches in the market and have been embraced by a growing percentage of the population. However, invariably, these other technologies are used in tandem with text-based passwords rather than replacing them.  If Microsoft has anything to say about the matter, that may finally change.

The most recent Windows 10 update makes it easier than ever to log into devices and a variety of online services without having to worry about passwords at all.  The secret to the company’s success lies in the fact that Windows Hello has just received FIDO2 certification, which means that Hello PINs and biometric signatures are now seen as secure authenticators.

The official press release from the FIDO Alliance, reads, in part, as follows:

“FIDO2 is a set of standards that enables easy and secure logins to websites and applications via biometrics, mobile devices and/or FIDO Security Keys. FIDO2’s simpler login experiences are backed by strong cryptographic security that is far superior to passwords, protecting users from phishing, all forms of password theft and replay attacks.”

In an accompanying statement release by Microsoft, the company observed that “no one likes passwords (except hackers).”

While all of that is true, it remains to be seen whether this latest attempt to dethrone the text-based password will succeed or not.  Even if it does, if the past is any sort of guide at all, it’s only a matter of time before clever hackers find the chinks in the armor of this new paradigm.