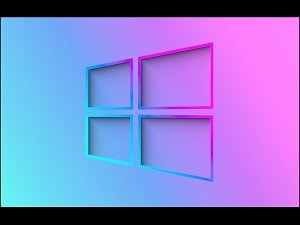 Later this year, the Windows 10 era will officially come to an end with the release of Windows 11.

The latest version of the OS promises a raft of new features that will offer a “Next Gen” experience.

Here’s a quick overview of what you can expect to see in Windows 11 when it is rolled out:

Unlike all prior versions of Windows, Windows 11 will feature a centered Start Menu and taskbar, making it aesthetically similar to ChromeOS. In addition to that, the Start Menu on the new OS won’t come with the live tiles you’re accustomed to. Instead, it will use static icons for Microsoft Store apps.

If you decide you don’t want your Start Menu centered, you can revert to more traditional Windows Left Aligned menu quickly and easily, and you’ll also be able to choose from among three different Start Menu sizes.

Windows 11 will include the same File Explorer that you’re used to, but it’s getting a much needed facelift and a variety of improvements. Most of these are aesthetic in nature and designed to give File Explorer a sleeker and more modern look, with new icons and rounded corners.

Windows 11 sports four different Snap layouts, allowing you to choose between them, or switch from one to another at will. In addition to that, Microsoft is also introducing Widgets, which appears to be the successor to Window’s 10’s “News and Interests” feature. It utilizes your browsing history to create a customized news feed for you that updates constantly.

Although there are bound to be kinks and growing pains when Windows 11 is initially released, we’re looking forward to seeing all this in action. Change is coming.