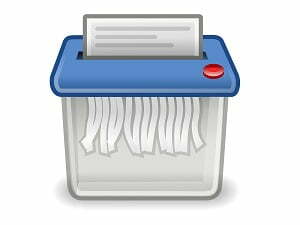 Are you or were you a MySpace user?  If so, we have bad news.

The struggling company recently announced that when they attempted to migrate all user data to new servers, something in the process went wrong.

As a result, massive amounts of user data was lost.

The only way to describe the loss is catastrophic, with the company reporting that most user-uploaded videos, songs and photos added to the site between 2003 and 2015 are gone with no hope of recovery.  More than a decade’s worth of content, gone in the blink of an eye.

“As a result of a server migration project, any photos, videos and audio files you uploaded more than three years ago may no longer be available on or from MySpace.  We apologize for the inconvenience.  If you would like more information, please contact our Data Protection officer.”

That’s it. Even worse, the migration happened more than a year ago, in February 2018.  At that time, users took to Reddit to complain about not being able to access content that was more than three years old.  Eventually, the level of complaints grew to the point that the company could no longer ignore it and finally came clean.

IT managers and business owners should take notes on this incident.  This is possibly one of the worst handlings of a data loss incident we’ve seen in recent history.  Not only was the company completely uncommunicative for more than a year, when they did finally make an announcement, it was terse.

Describing that level of data loss as an ‘inconvenience’ is not just insensitive, it’s bad business.  If the company was struggling before, that goes double now and worst of all, it was, from start to finish an entirely self-inflicted wound.

In any case, if you are, or were a MySpace user at some point, most of your older data is probably gone forever.