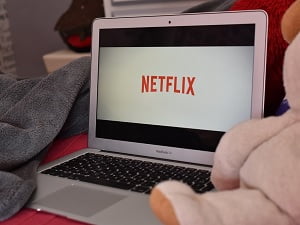 If so, you know how awesome the service is.  Intuitive and easy to use, and of special interest, easy to share.

In fact, password sharing among family and friends is so common that it’s even openly discussed on discussion forums around the web.

Unfortunately, it has become so commonplace that Netflix has begun making noises about finding ways of limiting the practice.  Greg Peters, Netflix’s Chief Product Officer, had this to say on the topic:

“We continue to monitor it.  We’ll continue to look at the situation and we’ll see those consumer-friendly ways to push on the edge of that, but we’ve got no big plans at this point in time in terms of doing something different there.”

As we said, this is not language that raises alarm bells.  This is the earliest stages of rumbling from a company that’s fundamentally dissatisfied with the idea that they’re losing money at the margins. At least some of the people enjoying their content are borrowing a paying customer’s password, and a portion of those would probably sign up for their own accounts if the company pressed the issue and they had to.

No doubt, based on the statement above, the day will eventually come when Netflix starts taking a harder look at the practice of sharing accounts and begins punishing users who break their password sharing rules. It seems clear that that day isn’t upon us yet.

All that to say, if you’re currently in the practice of letting your brother in law or girlfriend borrow your account access to watch movies, you can continue to do that, at least for the foreseeable future.  Even when the day comes that the company clamps down on that kind of thing, there are already several tools, like the Netflix Party Chrome Extension that allow sharing in a different form.