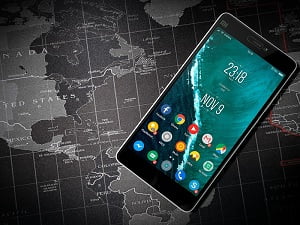 Bad news for Android users.  Recently, Google discovered that more than two hundred apps on the Play Store had been infected with the ‘BeiTaAd’ plugin. This plugin is the latest in a large and growing collection of advertising libraries that have been misused and abused by advertisers.

It should be noted that BeiTaAd didn’t start off being problematic.

The plugin has been around since early 2018, and in the beginning, there was no problem.  It was a simple package that allowed for the easy automation of online ads inside of perfectly legitimate apps.  Further, it was highly trusted because it came from a legitimate company with a market of more than a hundred million users.

Unfortunately, that didn’t hold. In February of 2019, the app began behaving badly, forcing a large influx of popup ads onto users even when the apps weren’t running.  Worse, the plugin’s developers seemed to understand that the change in behavior wouldn’t sit well with those subjected to increasing numbers of ads. They then took steps to obfuscate their code to make it less obvious that BeiTaAd was the culprit.

In the end, the aggressive display of ads caught the attention of seasoned researchers who tracked the issue to its source.  Google moved swiftly to shut down the misbehaving plugin, but in order to do so, they were forced to remove 238 apps from the Play Store. These were apps that had been installed hundreds of millions of times by users all over the world.

If you’ve recently been bombarded by popup ads that seem to come out of nowhere, BeiTaAd is likely the cause.  Check the apps on your phone and update to the latest versions as a first step.  If that doesn’t do the trick, you’ll need to go through your apps one by one to chase down the specific culprit.  It’s not an elegant solution, but it will stop those unwanted ads.