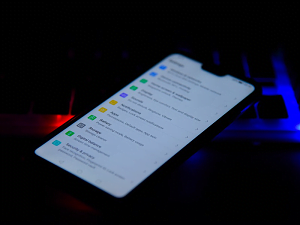 The problem with smartphones is that they eventually run out of room.  Honestly it’s a wonder the issue isn’t even bigger than it is.  After all, miniaturization isn’t cheap but smartphone manufacturers have been able to cram incredible amounts of storage into tiny spaces.

The day is coming when you’re going to run out of room on your trusty Android phone and Google knows it.

That’s why they’ve been working hard to come up with a solution. A few years ago, Google made a change to their Android OS and the OS began making helpful suggestions regarding apps you almost never use.  If you get rid of those you save some space, and that helped.

Unfortunately, some apps are important even if you don’t use them a lot and it forces users into a bit of a tricky spot. Uninstalling apps is a good start but it’s far from a perfect solution.

The good news is that Google has another idea that will be making its way to the Android OS in the months ahead.  They’re testing out a new feature called ‘Archiving’ where apps are only partially uninstalled rather than completely uninstalled.

Archiving keeps the user’s data intact and gets rid of everything but that.  Then if the user decides they need to run that app again they can restore the app and continue on with minimal fuss.

That combined with linking your phone to your cloud account and offloading your pictures and videos at regular intervals will go a long way toward freeing up space on your phone.

We’re not saying you’ll never have space issues again. However, if you do all three (uninstall apps you’re not using, archive apps you use infrequently, and regularly offload your photos and videos), you’ll get a lot more mileage out of your phone.