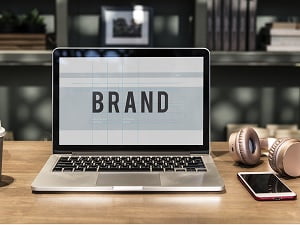 Hackers and scammers have a new tool in their toolbox, and they’re making rapid use of it.  Recently, researchers from Confiant have discovered a new campaign involving a Chrome for iOS exploit. They discovered  an unknown group of attackers getting around the browser’s built in pop-up blocker to deliver fake ads. This happened to half a billion users from the US and Europe in less than a week.

The group has been named ‘eGobbler’ and they’re not picky.  Since Confiant began tracking their activities, they’ve targeted iOS devices as well as Windows, Linux and macOS desktops in one of the most far-reaching malvertising attacks we’ve ever seen.

The researchers had this to say about the matter:

“This time around…we were in fact experiencing redirections on WebKit browsers upon the ‘onkeydown’ event.  The nature of the bug is that a cross-origin nested iframe is able to ‘autofocus’ which bypasses the ‘allow-top-navigation-=by-user-activation’ sandbox directive on the parent frame. Also noteworthy is that the campaign behind this payload had specifically targeted some web applications with text areas and search forms in order to maximize the chances of hijacking these keypresses.”

The long and the short of it is that this represent a new attack vector.  Hackers can now inject malware into completely innocuous ads, hijacking them for their purposes.

Both Google and Apple have taken swift, decisive action to address the issue. Google addressed it in a WebKit patch that was released on August 12. Apple addressed the matter in their release of iOS 13 on September 19, and via Safari 13.0.1 on September 24. The bad news is there’s no guarantee that the hackers won’t find yet another workaround to exploit, so this is probably not the last we’ve seen of the issue.

In any case, if it’s been a while since you updated your browser, given the above, now is a great time to do so.