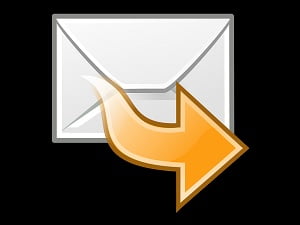 Google has a solid reputation when it comes to making a steady stream of improvements to its large and growing base of products and services.  They have a demonstrated a track record when it comes to enhancing user experience. Recently, they’ve proved that once again by adding a new feature to Gmail that allows you to forward one or more emails you’ve received as attachments.

This enhancement allows the recipients of your forwarded message to open the attached email and view it in its original form with its headers intact.  While it’s useful for individual Gmail users, it’s incredibly useful to security professionals, network admins and server admins who often need to examine email headers.

There are two different ways you can use the new feature.  First, create a new blank email message and drag and drop one or more emails into the message you’re composing.  Second, you can select the emails you want to forward, click on the hamburger menu running across the top of your inbox and select “Forward as attachment.”

Whichever method you choose, the emails you attach will be sent as an EML file, which is supported by most of the email clients in use today. Even better, there’s no upper limit to the number of emails you can send as attachments.

On the receiving end, when you receive an attached EML message, clicking on it will open it in a new window.

Note that the new feature is currently rolling out and is not available universally at this point.  You’ll know when you have the functionality when you click on the three-dot More menu and see a new option: “Forward as attachment.”

Even if you don’t personally have much cause to use this new feature, it’s big news and will be a huge boon to admins.  Kudos to Google for the addition.