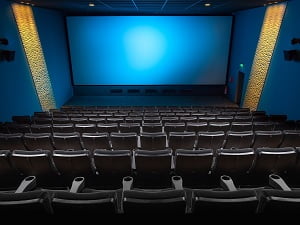 It’s easy to get caught up in the hype of popular movies. Hackers know this and are beginning to incorporate Oscar Nominated movies into their strategies. They’re using enticing images to bait unsuspecting users to install malware and lure them to phishing sites designed to steal credit card and other sensitive information. After all, wouldn’t you be willing to pay a small sum to get a sneak preview at the next blockbuster hit? There are a lot of people who would.

Researchers at Kaspersky Lab have tracked the rise of this trend over the last several months. They have discovered more than twenty different phishing sites and nearly a thousand malicious files presented as free ‘sneak peek’ versions of popular movies. These fake movies are actually malware in disguise.

“The uncovered phishing websites and Twitter accounts gather users’ data and prompt them to carry out a variety of tasks in order to gain access to the desired film.

These can vary from taking a survey and sharing personal details, to installing adware or even giving up credit card details. Needless to say, at the end of the process, the user does not get the content.”

If you’re a movie buff and relatively more likely to be taken in by such scams, there are a few basic things you can do to minimize your risk. First, if it sounds too good to be true, then it probably is. Don’t get sucked in based on hype alone.

Second, pay attention to the release dates of the film in question. Hackers often don’t pay much attention to that and they’re hoping you won’t either. It may be the case that you’re being offered an ‘exclusive sneak peek’ at a movie that’s already out.

Pay attention to the URL and the extension of the file you’re downloading if you get that far. Both of those are often giveaways if something is amiss. Be careful and be safe!