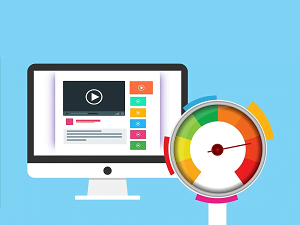 For those that aren’t aware, PCI SIG is short for the PCI Special Interests Group.

They have just announced the release of the latest PCI Express (PCIe) specification which is called PCIe 6.0. It has the entire industry abuzz. Standards aren’t usually all that exciting but, in this case, it’s a very big deal.

That’s because it is the specification that matters in terms of connecting your computer’s CPU to graphics cards, SSDs, your Wi-Fi, and the like.

The old 5.0 standard offered transfer rates of up to 64 Giga Transfers per second (64 GT/s).  The new standard literally doubles this to a whopping 128 Gigabytes per second in a single direction on 16 lanes (or 8 GB/s per lane). That makes it the largest rate of increase in the entire 19-year history of the standard.

Even better is that the new standard is designed to be backwards compatible so older devices will continue to retain their value.

It’s important to note that as good and exciting as the new standard is, it’s probably too soon to hold off making a strategic purchase to take advantage of it.  New products that take advantage of the 6.0 standard won’t hit the market for a few years. So if you need something now, get it.  Just know that the day is coming when we’ll all be able to enjoy equipment with significantly improved transfer speeds.

If the past is any guide the first products to be released taking advantage of the new standards were equipment used by server farms and big, industrial concerns. These include research labs that are investing heavily in AI and with consumer products appearing sometime after that.

Even though we won’t be getting any instant gratification from the new standard it’s still fantastic news and points to great things on the horizon.