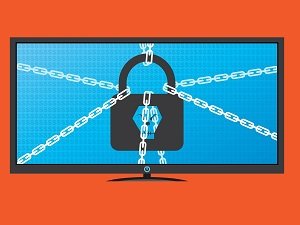 Early in 2019, a new strain of ransomware appeared.  Called “DeathRansom,” its bark was initially much worse than its bite.  Researchers quickly discovered that the new strain only pretended to encrypt a user’s files.

If victims simply removed the “encryption” extension, they could get their files back without doing anything at all.

That ceased to be the case around November 20th of this year.  Not only did the malware’s developers begin actually encrypting files, but the number of reported DeathRansom infections surged. That indicated a large scale, highly organized distribution campaign.

Of interest, nobody seems to know exactly how DeathRansom is being distributed, but an anonymous Reddit post offered a tantalizing clue.

The Reddit poster issued screenshots indicating that DeathRansom ransom notes and STOP Djvu encrypted files were often found together in the same submissions to researchers.  That’s of interest because STOP has the distinction of only being distributed via cracks and adware bundles. That is a strong indication that DeathRansom is being distributed using the same channels.

However, the software is finding its way onto victim systems, and it has gotten increasingly good at its job.  The current iteration of the malware will encrypt all files on the target machine other than those found whose full pathnames contain the following:

DeathRansom’s creators wanted to make sure their ransom notes were found. So in the latest version of their program, they’ve made sure that every folder on the victim’s machine that contains locked files also contains a read_me.txt file containing the ransom note and a unique “Lock-ID” for that particular victim. All that along with an email address to be used to contact the developer or affiliate for payment details.

An analysis of the most recent DeathRansom strain is ongoing. At this point, it is not yet known if the encrypted files can be decrypted without paying the ransom.