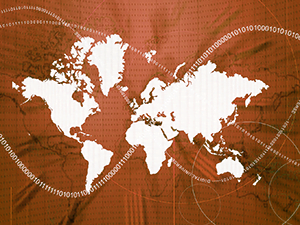 According to the U.S. government, Russia is poised to unleash a massive wave of malware in retaliation for sanctions imposed after an invasion of Ukraine.

The Cybersecurity & Infrastructure Security Agency warns that, unlike targeted cyber operations, malware attacks spread ubiquitously. That means a small business is far more likely to fall victim to malware than government or financial institutions because its cyber defenses are more likely to be inadequate.

Just as concerning, some insurance companies have tried citing “Act of War” exclusions in the fine print of their cybersecurity policies to avoid paying claims on losses from malware released by nation-state actors. Last month Merck won its lawsuit against one such insurer, but industry analysts are not confident the same finding would hold if the attacks stemmed directly from an identified conflict, as they would after an invasion of Ukraine.

In 2021 Russia was responsible for 58 percent of all cyber attacks from nation-states. That was just the normal course of business. It’s impossible to quantify the risk they pose in “burn-it-all-down” mode, but there are ways to mitigate that risk.

We tackle all three. Give us a call at (561) 582-9467 if you would to talk about stepping up your approach to cybersecurity for your business.