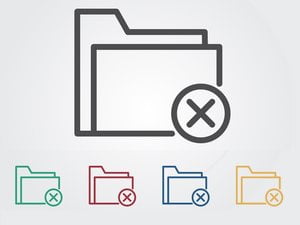 Microsoft is having problems, and those problems are spilling out onto the company’s massive user base.  In a highly unusual move, the company pulled its latest Windows 10 update after receiving numerous complaints from users about missing files.

Unfortunately, this isn’t the first time the company has had problems with updates to their OS.  Back in April, the company delayed a planned update because at the last minute, Blue Screen of Death issues were discovered.  In another instance, they had to rush out a patch after an update to fix Chrome and desktop freezing issues that impacted more than half a billion machines.

These issues have led many to begin questioning the company’s QA/QC process.  It’s a fair question, because the issues described above are far from trivial, and should have been caught.

At the core, it appears that the main problem is communication. Research has revealed that these issues were caught, they simply weren’t flagged for review because they didn’t get a sufficient number of upvotes by the beta testing user community.

Windows 10 represents a significant departure from the company and a new era of openness.  While Windows 8 was designed with little to no user input, Microsoft opted to open the Windows 10 development process up, relying on more than ten million beta testers to try out their new features and solicit feedback on.

Unfortunately, there appears to be a few gaps in their process, and those gaps are allowing serious problems to go un-noticed until they are in the wild.

Another problem is that because the company is relying so heavily on their massive beta test group, they phased out their dedicated Software Test Engineering staff. This was during a massive round of layoffs that came about a year ahead of the Windows 10 release.

Apparently, the decision to remove the STE group from the equation was premature, and given the recent flood of problems, the Windows 10 feedback program appears to be in need of a serious overhaul.