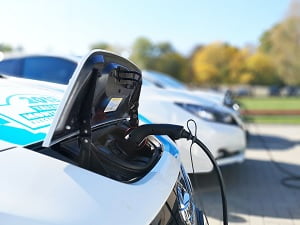 Android Automotive is struggling to gain widespread acceptance in the auto world, which seems strange at first glance, given how many people rely on Google Maps for navigation.

Nonetheless, a number of automakers are planning to incorporate Android Automotive into their vehicles over the next few years, so the company is slowly making headway.

Naturally, Google Maps plays an integral role in the company’s automotive platform. Given recent trends in the popularity of Electric Vehicles, the search giant has recently updated the app with some new, exclusive capabilities geared specifically toward EV drivers.

The big change here comes in the form of including battery information, both on the app display and in the route decision tree process. For example, routes that feature EV charging stations would be given preference over routes that don’t offer such accommodations to an EV driver. That is a detail which could mean the difference between making it to your destination on time or having to frantically scramble to find a charging station on a route that’s not optimized for the kind of vehicle you’re driving.

If route selection was based on just those two factors (prevailing road conditions and the availability of charging stations) then making a selection would be easy. However, there’s actually a dizzying array of other data that the map AI considers, including the type of EV you’re driving, it’s estimated range, the current amount of charge left in your battery, and the time spent recharging.

With so many factors at play, finding and recommending an optimal route can be a daunting task indeed, but the Android Automotive system does it all in the blink of an eye. They provide a highly customized, personalized route recommendation based on a wide range of factors that vary widely from one driver to the next.

This is the kind of innovation we’ve come to expect from Google. Kudos to the search giant for yet another job well done, and we look forward to seeing Android Automotive in a wide range of vehicles in the years ahead.