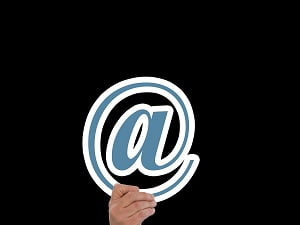 During the 2019 Microsoft Ignite convention, the company announced a new feature they were planning to add to Exchange Online.

The new feature, dubbed “plus addressing” would give Office 365 Exchange users the ability to create a potentially unlimited number of disposable email addresses using a + delimiter.

That’s handy, given that so many sites want your email address from you before they’ll give you access to whatever information you’re after, so it’s a great addition to an already excellent service.

If you use Exchange Online, there’s good news; the feature Microsoft talked about last year is now available, and you can give it a test drive at your next convenience.

When you create a new, disposable email address, any mail you get to that address is automatically routed to your inbox for review. If you want to keep your inbox free of clutter, that’s as simple as creating a new inbox rule that automatically re-routes those messages to some other folder in your inbox so you can keep everything organized.

Note that the new feature is disabled by default, but admins can easily activate the feature if they wish. To do so, simply connect to the Exchange Online PowerShell and run the following command:

We think it’s fantastic that Microsoft has made this addition, but in fairness, they are playing a bit of catch up here. This is something that Google has made available to its G-Mail users for quite some time, so Microsoft is more than a little late to this particular party.

Still, better late than never as the saying goes, and kudos to Microsoft for adding a high value feature that will no doubt be well-received by a significant percentage of the company’s user base. Check it out today. The first time you use it to sign up for something, you won’t know how you got along without it.