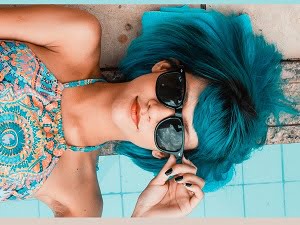 You may not be familiar with the name Luxottica, but the Italian-based eyewear manufacturer is the largest company of its kind in the world. It has popular brands such as Ferrari, Michael Kors, Ray-Ban, Armani, Coach, and others in its expansive portfolio. Unfortunately, the company recently found itself on the receiving end of a ransomware attack that shut down operations in both Italy and China.

A visit to their sales portals, one.luxotrica.com and university.loxottica.com display nothing but a maintenance message that reads “OneLuxottica is temporarily unavailable. We are working to bring it live as soon as possible.”

The attack essentially shut the company down, and their 80,000+ employees were sent text messages telling them to go home. A little more than a day later, the company released a brief statement explaining that they had been the victims of a ransomware attack.

The statement, reads in part, as follows:

“…There is currently no access or theft of information from users and consumers. Once the event was analyzed, the clues were collected in less than 24 hours and the procedure for cleaning up the affected servers began. Work activities are gradually returning to normal in the #Milano plants and headquarters.”

The good news is that there’s no evidence that any user data was stolen. The bad news is that if you were planning on ordering a new pair of Ray-Bans or some other type of designer eyewear, you’ll probably have to put those plans on hold for the time being.

We don’t have any additional details about the hack or how much of a ransom the attackers demanded. We also don’t know whether or not the company has decided to pay up, or restore their system from available backups. For now, if you’re a Luxottia customer, there’s nothing to do except be aware of the issue.