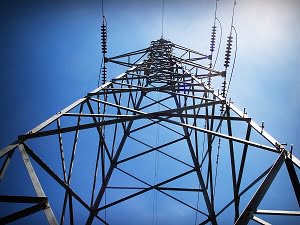 The US government took another important step toward protecting the nation’s vulnerable electrical infrastructure with the passage of the SEIA bill in the Senate. The bill would mandate the use of analog or manual technologies on US power grids as a fallback in the event of a cyber-attack against the grid. That kind of attack could bring energy production and transmission to a grinding halt.

“Specifically, it will examine ways to replace automated systems with low-tech redundancies, like manual procedures controlled by human operators.  This approach seeks to thwart even the most sophisticated cyber-adversaries who, if they are intent on accessing the grid, would have to actually physically touch the equipment, thereby making cyber-attacks much more difficult.”

The bill was inspired by the lessons learned after the 2015 attack on the Ukraine’s power grid. That was when suspected Russian hackers turned the lights out on nearly a quarter of a million Ukrainians on Christmas eve.

Many people blithely assume that an attack like the one against the Ukraine could never happen here. However, just last year, US Intelligence officials warned that both Russia and China have the technical capabilities to severely disrupt the US power grid.

Unfortunately, America’s power generation and transmission infrastructure is just the tip of the proverbial iceberg.  Last year, hackers caused a great deal of mischief in cities around the nation, when they hacked the controls of city streetlights.  Thankfully, no one died during those attacks, but they served to painfully underscore just how vulnerable we are.

A determined, well organized hacking group could easily paralyze a city and shut power off across broad swaths of the nation during the hottest part of the summer or the coldest part of winter.  The one-two punch would almost certainly cause casualties as emergency responders wouldn’t be able to get to impacted areas reliably.

Kudos to the Senate for moving the ball forward on this issue.  It’s a good first step, but sadly, only a first step.