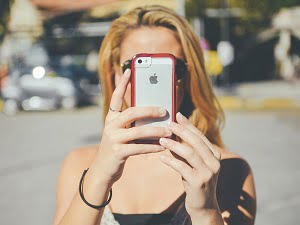 Apple is the largest tech company in the world.

Their iPhones are in the hands of legions of loyal, faithful users all across the globe.

Unfortunately, the latest build of the iPhone’s operating system, iOS 13.1.2, has been plagued with serious issues that render their vaunted smartphones virtually useless.

Even more problematic, the company seems to be their own worst enemy in recent weeks.  For every bug they fix with their latest update, they’ve been introducing at least two more and they can’t seem to get out of their own way.

In the wake of the company’s most recent update, 13.1.2, users around the world are complaining that their phones will inexplicably drop calls after about a minute of being placed.  In addition, although reports are not widespread, there are reports in Apple’s support forum with more complaints. The users state that the new update is causing (or contributing to) rapid battery drain and even some cases of batteries overheating.

There’s no official fix for the call drop issue, although some users are claiming to have solved the issue by carrying out a network reset.  If you’ve been noticing that your iPhone isn’t good for actually making phone calls after you updated your OS, you can head to Settings > General> Reset, and Reset your network settings to see if it makes a difference in your case.

There’s also no formal fix for the rapid battery drain issues. However, the company has a whole host of tips and tricks to help you diagnose and fix battery issues, as well as a number of tips designed to help you extend the life of your battery.  These aren’t perfect, but they’ll at least help you milk more life out of each charge until the company can formally fix the problem.

Unfortunately, the beta version of Apple’s next update also seems to be plagued with the call drop function, so if you haven’t yet updated your iOS, you might want to hold off for the time being.