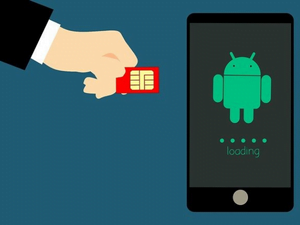 According to a letter to customers, Verizon discovered the breach after noticing “unusual activity” on its network.

Due to the data breach, a SIM swap attack has been launched. Threat actors can take over the target’s phone number by convincing their mobile carriers to switch the target’s number to a SIM card controlled by the attackers.

Verizon warned its customers that the breach exposed the last four digits of their credit card numbers, which could result in fraudulent SIM card swaps. Additional customer data such as phone numbers, mailing addresses, account plans, and credit card information has been compromised. Verizon has confirmed that the attack did not compromise bank account information, passwords, social security numbers, tax IDs, or other sensitive information.

As a result of the data breach, Verizon reset the account security codes of an unspecified number of accounts.

Verizon reported that the company had successfully blocked any further unauthorized access to its customer’s accounts. Additionally, Verizon stated that it did not find any indication that the malicious activity was still ongoing.

Verizon’s customers can protect themselves from SIM swapping attacks by activating the company’s free “Number Lock” protection feature. Once a phone number is locked, it cannot be transferred to another device or service provider. Unless the account owner removes the lock, SIM swapping will be impossible.

Verizon users are urged to reset their pin codes, update passwords, and modify security questions to protect themselves against future attacks.

Customers are encouraged to review their information by logging into their Verizon account. Those who notice anything unusual should get in touch with Verizon directly.

The Verizon data breach serves as a reminder that even well-established businesses are susceptible to attack. However, customers can take steps to protect themselves, such as utilizing the ‘Number Lock’ security feature. By taking precautions and monitoring their accounts, customers can help ensure the security of their information.