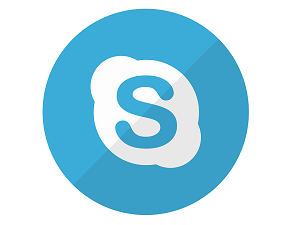 Recently, Skype announced a change to its 911 calling feature.  Previously the feature was only useable in the UK, Finland, Denmark, and Australia.

Now, the company has unlocked it for the United States as well and will even allow the software to share the location of the caller with emergency services.

It’s a welcome change and one that’s long overdue but there are a few limitations to be mindful of.  Users will get a “Notice and Disclosures” warning if they opt in for location sharing.  This notice cautions users that the service doesn’t work quite the same way as a traditional phone call and users are urged not to make emergency calls via Skype when they are outside of their home region, as those calls could potentially be re-routed elsewhere.

The company also warns that during a Skype outage, or when users are having internet or power issues the calls may be cut off in situations where a traditional landline or cell phone may still work.

Even with the provisions and warnings it’s a great feature and something US users should be mindful of.  Having an alternate way to make an emergency call may not be something you’ll ever have occasion to use.  Then again it could literally be a lifesaving feature.

In any case the new capability will be available to users in the US with the release of Skype 8.8. In addition, when you update to the latest version you’ll be able to leave voicemail messages of up to five minutes in length as opposed to the two-minute cap users currently have.

Users will be able to put Skype in either light or dark mode as they prefer, they can send custom reactions, and even zoom in or out when they share their screen.  Be on the lookout for Skype 8.8 and make updating to the latest a priority.