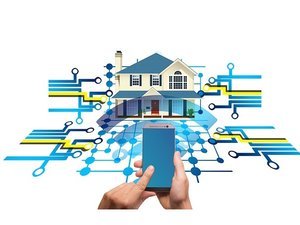 The Internet on devices continues to be a major problem when it comes to security. Unfortunately, a big part of the reason why comes down to end users. Recently, Bitdefender released a new report entitled “The IoT Threat Landscape And Top Smart Home Vulnerabilities in 2018,” and it paints a grim picture indeed.

The average home now contains twenty smart devices, and most of them contain security vulnerabilities. 95 percent of those vulnerabilities reside in the firmware.

While the majority of smart device users (60 percent) claim to be “worried” or “very worried” about identity theft, most are utterly failing to adequately protect their IoT devices. In fact, sixty percent indicated that they had never performed a firmware update on their router, and 55 percent reported that they had never updated their smart TVs.

It gets worse. 40 percent of users surveyed indicated that they use the same password for each of their devices, and half of all smart TV owners said they had literally never updated their password.

Thirty percent of users claim that they’re worried about the prospect of a hacker accessing a smart camera to spy on them, but paradoxically, fully 70 percent have at least one camera connected to a vulnerable router.

To provide a sense of scope and scale, the company reported that its BOX product blocked nearly half a million threats (461,718) in just a 30-day period, with 76 percent of those being malicious websites.

Analyst Bogdan Botezatu stressed that while weak passwords are a big part of the problem, it’s not only users who are to blame.

“Smart device manufacturers share responsibility for the current state of IoT security because most of them are overlooking the security aspect. In their rush to launch the product ahead of the competition, they are leaving attack avenues wide open to attackers interested in user sensitive data.”

If you have one or more smart devices in your home, and you probably do, it’s time to get serious about securing them.